This year, Elite Associates was the proud sponsor of the Luxury Maker of the Year at the Walpole British Luxury Awards. The awards, which took place on November 19 at the Dorchester in London, are the only event of their kind to recognise excellence in British luxury. The roll call of illustrious previous winners includes Rolls Royce, Goodwood, Victoria Beckham, Claridge’s and Jimmy Choo.

The British luxury industry is in strong health. According to research commissioned by Walpole in 2013, luxury contributes £32.2 billion a year to the British economy. The same report, produced by Frontier Economics, showed that the industry employs 113,000 people, a figure it predicted would grow to between 158,000 and 177,000 by 2019, with the total economic contribution expected to rise to as much as £54 billion. To put that into context, in September the British Fashion Council announced that the fashion industry’s value to the UK economy has only just reached £32 billion.

Walpole is a luxury alliance founded in 1992 that represents the British luxury industry, championing values such as style, craftsmanship and innovation. Its 200-plus members represent products and services from a diverse range of businesses, covering fashion, fragrance, fine jewellery, hotels, automobiles, accessories and media. Members include Burberry, Yoox Net-a-Porter Group, Dunhill and The Sunday Times.
The awards were first held in 2001 to celebrate the cream of British luxury. The judging panel of industry experts is headed up by Walpole’s Chairman Michael Ward and CEO Helen Brocklebank.

Elite Associates sponsored the Luxury Maker Of The Year category for the fifth year in succession. Our mission is to serve the luxury industry by supplying the highest calibre of candidates to some of the most selective and prestigious retailers in the world. 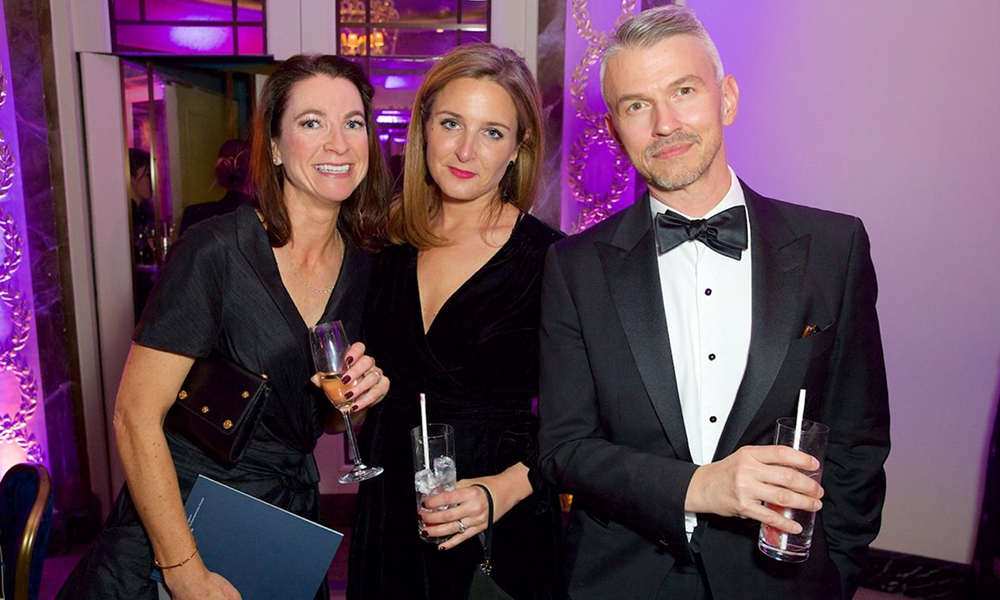 Ardbeg is a world-class whiskey distillery founded in 1815 by John Macdougall, whose daughters Margaret and Flora would eventually co-run the business and become Scotland’s first female distillers. In present time, Ardbeg is owned by LVMH and remains one of the world’s most respected whiskey brands.

With a legacy that spans back to the 17th Century, the Church family has its roots in Northampton, a town famous for its leatherwork and footwear industry. The Church family business would eventually lay its foundations in 1873 and gain success in its revolutionary adaption of the right and left shoe-making model. In 1999, Church’s was acquired by the Prada group, whose support of the brand has led it to continuous success.

When it was opened in 1927, the Gleneagles Hotel was described as a ‘Riviera in the Highlands’ because of its palace-like design, vast surrounding golf course and neighbouring ponds. Its rich history (during the Second World War, the hotel was used as a military hospital and rehabilitation centre), isolated location and countryside activities make the Gleneagles Hotel a unique and sought-after British luxury experience.

James Purdey & Sons, often simply known as ‘Purdey’ is a luxury brand owned by Richemont that specialises in bespoke rifles, outdoor Ready-to-Wear and leather goods. Founded in 1814, Purdey has been graced with three Royal Warrants and is known for its discreet service and excellent attention to craftsmanship.

Mulberry was founded in 1971 and, despite now known for its iconic bags, begun by producing belts. Nowadays, it represents a quintessentially classic British style; subdued, refined and long-lasting. Only forty years old, Mulberry has established itself in a short time as a leading maker of luxury leather goods – a testament to its dedication to craft and quality.

‘Walpole is a fantastic organisation doing immensely valuable work to protect, build and champion the British luxury industry,’ says Grant Morris, Elite Associates’ CEO. ‘We’re exceptionally proud to be supporting the 2018 Walpole British Luxury Awards because we share Walpole’s ambitions for the promotion and further development of this vibrant industry. We’ve worked with dozens of luxury brands and see first-hand how powerful the creativity and passion of the industry are. We believe in the makers of fantasy.

‘The importance of luxury to the UK economy is frequently underestimated,’ he continues. ‘It’s Elite Associate’s mission to raise the industry’s profile and we will continue to support it with our range of products and services. We wish all this year’s awards nominees the very best of luck and look forward to a memorable evening at the Dorchester.’