The Artisans of Paris Fashion

The luxury industry is world renowned for its selectness and price but what is it that drives the sales of luxury goods? The luxury consumer is said to be motivated by five different things when making these purchases: status, curation, trend, emotional satisfaction and perfection. It is this last one, perfection, the appreciation of ultimate attention to detail and craft, which helms a group of discreet yet invaluable businesses in Paris, the nucleus of Haute Couture.

From embroiderers to bespoke pleaters, these ateliers are built on a foundation of centuries of workmanship and savoir-faire. The Fédération de la Haute Couture et de la Mode, France’s biggest sponsor of French-made fashion and luxury goods, promotes these niche businesses from a world seemingly obsessed with mass-produced goods. Its mission, to train in traditional and new skills in the fields of creation, management and know-how, sustains historical workshops that would otherwise be threatened by the evolution of automated technology and shifting tastes. Today, few ateliers d’arts remain active in Paris. Used regularly by the top fashion brands in the world, these small companies depend entirely on those who yearn for the human touch in craftsmanship. 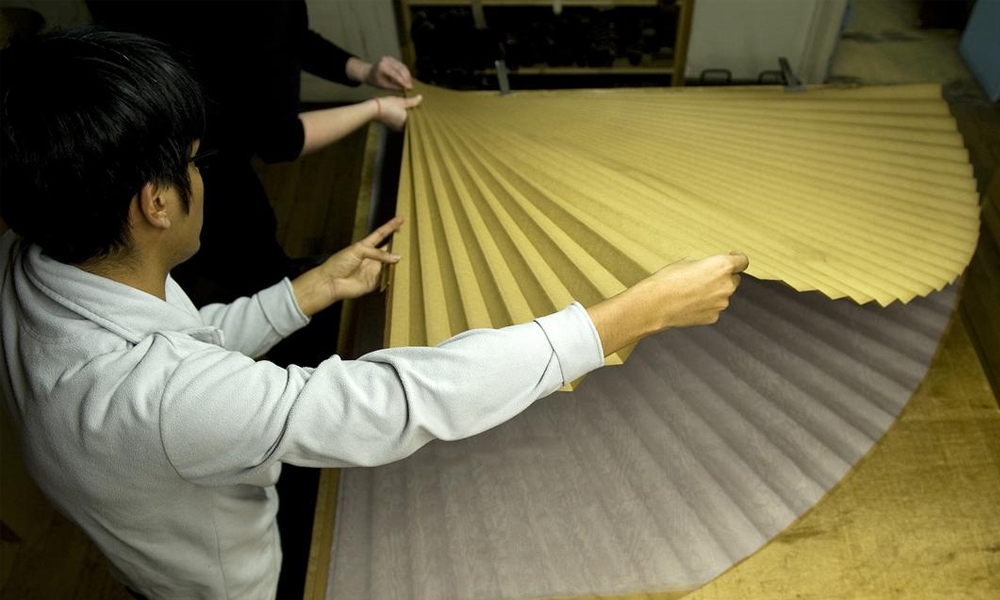 Chanel’s subsidiary Paraffection, for example, has purchased some of the highly-specialised ateliers, such as Maison Lemarié, whose expertise in flower embroidery and featherwork can be seen in the brand’s couture pieces. Despite being owned by Chanel, a move initiated by Karl Lagerfeld, the ateliers are encouraged to develop relationships with other designers in order to determine the long-term stability of these rare services. The partnership between brand and outsourced atelier goes back to the insemination of haute couture, when another embroidery house, Maison Lesage, was working with the likes of Charles Worth and the court of Napoleon III.

Find below a small list of other ateliers d’arts, also known as Fournisseurs, employed by couture designers:

Maison Michel – This luxury milliner begun its journey in French fashion in 1936 by producing bespoke hats for its clientele. After remaining strong during the seemingly turbulent introduction of ready-to-wear in the 1960s, Maison Michel was employed as a regular couture partner by the 1980s.

Massaro – Since its creation in 1894, Massaro has dedicated its shoemaking expertise to bespoke pieces for an exclusive clientele that, in the past, included Romy Schneider and Elizabeth Taylor. The house remains a close partner to many couture brands, especially Chanel, for whom Massaro created the iconic two-tone kitten heels.

Atelier Lognon – A regular feature in Haute Couture documentaries, Atelier Lognon has been Paris’ go-to pleater for luxury fashion since 1945. Using a process that has remained the same since its inception, the atelier can transform flat fabric into over 3,000 different styles of pleats using an archive of molds.

Elite Associates’ Head Office division prides itself in its understanding of the need for innovation and visionary talent. If you are looking for design work, please don’t hesitate to register your CV with us.